Lenovo has operations in more than 60 countries and sells its products in around 160 countries. Lenovo’s principal facilities are in Beijing, Morrisville and Singapore, with research centers in those locations, as well as Shanghai, Shenzhen, Xiamen, and Chengdu in China, and Yamato in Kanagawa Prefecture, Japan. It operates a joint venture with EMC, LenovoEMC, which sells network-attached storage solutions. It also has a joint venture with NEC, Lenovo NEC Holdings, which produces personal computers for the Japanese market.

Lenovo was founded in Beijing in 1984 as Legend and was incorporated in Hong Kong in 1988. Lenovo acquired IBM’s personal computer business in 2005 and agreed to acquire its Intel-based server business in 2014. Lenovo entered the smartphone market in 2012 and as of 2014 is the largest vendor of smartphones in Mainland China. In January 2014, Lenovo agreed to acquire the mobile phone handset maker Motorola Mobility from Google, and in October 2014 the deal was finalized. 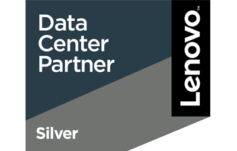